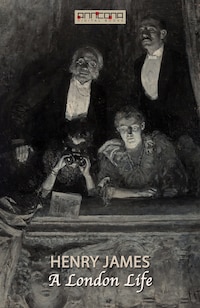 A London Life is a novella by Henry James, first published in Scribner's Magazine in 1888.

A devoted sister attempts to check her sibling's scandalous behavior in the world of British high society. A delightful comedy of Anglo-American manners and a fascinating glimpse of late Victorian London.

The plot revolves around a crumbling marriage and its impact on many other people, especially Laura Wing, the sister of the soon-to-be-divorced wife. Laura is a classic Jamesian ”central consciousness,” whose reflections and emotions color the presentation of the storyline and the other characters.

The tale is notable for its straightforward, even hard-edged approach to sexuality and divorce. This might reflect the influence of French naturalism on James during the 1880s.