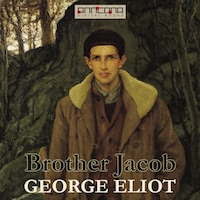 Brother Jacob is a short story by George Eliot, first published in 1860.

In Brother Jacob, George Eliot explores the relationship between the selfish, self-centred and ambitious David Faux and his idiot brother, Jacob.