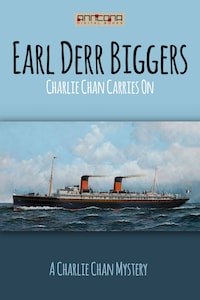 Charlie Chan Carries On (1930) is the fifth novel in the Charlie Chan series by Earl Derr Biggers.

Inspector Duff, a Scotland Yard detective and friend of Chan's, first introduced in Behind That Curtain, is pursuing a murderer on an around-the-world voyage; so far, there have been murders in London, France, Italy and Japan. While his ship is docked in Honolulu, the detective is shot and wounded by his quarry; though he survives, he is unable to continue with the cruise, and Chan takes his place instead...

A film entitled Charlie Chan Carries On, starring Warner Oland, was produced in 1931. The film is now considered to be a lost film, with only a trailer known to survive.

The film Charlie Chan's Murder Cruise (1940), starring Sidney Toler, Oland's successor in the role, was also based on the novel.