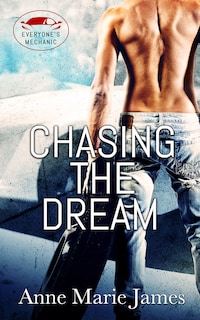 When Lee meets his fantasy man, his shy nature makes him want to run. But what will he do when his dream guy won’t let him?

Saul Valencia. Tall? Check. Muscles? Check. Everything Lee Clark ever dreamed of in a man? Check. Bad case of nerves and feeling like an idiot whenever he’s around? Sigh. Check.

Being kicked out of the family home for being gay would have been bad enough, but Lee Clark also worked in his dad’s garage. Losing his family, his home and his job all in the same day left him floundering. He can’t believe his luck might be changing when he finds a job at Everyone’s Mechanic, another garage, where he’s accepted for who he is.

Then Saul, a former linebacker for the NFL Raleigh Raptors and a friend of Lee’s boss, walks into his life. The man is the embodiment of all his teenage fantasies, but Lee doesn’t dare hope Saul will ever actually notice him.

Intrigued from the start by the shy man now working for his business partner’s boyfriend, Saul struggles through bad advice and misunderstandings to convince Lee that he’s serious about wanting a chance with him. Getting Lee to give him a shot at romance was difficult enough, but when drama and blackmail from outside sources are added in, the relationship becomes almost impossible.

It will take the combined efforts of Lee’s garage family and Saul’s real one to set things right.