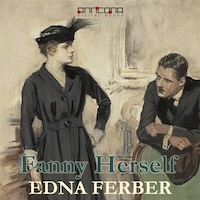 Fanny Herself, by Pulitzer Price winning novelist Edna Ferber, was first published in 1917.

Fanny Herself is the story of Fanny Brandeis, a young girl coming of age in the Midwest at the turn of the 20th century. It is generally considered to have been based on Ferber’s own experiences growing up in Appleton, Wisconsin.

Fanny Herself is the intensely personal chronicle of a young girl growing up Jewish in a small midwestern town. Packed with the warmth and the wry, sidelong wit that made Ferber one of the best-loved writers of her time, the novel charts Fanny's emotional growth through her relationship with her mother, the shrewd, sympathetic Molly Brandeis.