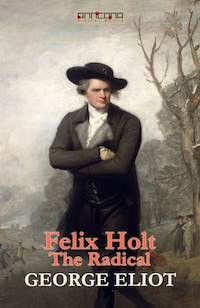 Felix Holt, The Radical is a social novel by George Eliot, first published in 1866.

Harold Transome is a landowner who goes against his family's political tradition (much to his mother's distress), while Felix Holt is a sincere radical.

The setting of the book, the 1832 parliament election, is used to discuss the social problems of that time.

A secondary plot involves Esther Lyon, the stepdaughter of a minister who is the real heiress to the Transome estate, with whom both Harold Transome and Felix Holt fall in love. Esther loves poor Felix Holt, but would she choose a comfortable life with Harold Transome?