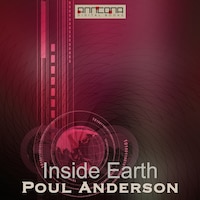 Inside Earth is a science fiction novella by Poul W. Anderson first published in 1951.

This story takes place in the not so distant future. Earth has been conquered and is a subjugated planet, the much too humanoid new rulers now extract heavy taxes, control industry and reproduction and interfere in every aspect of life. Rumors of their brutality and vicious massacres increase every day.

Obviously, they must be thrown out and rebellion seethes among the patriots. But on the other hand, others are not so eager to get rid of the overlords: the terrible nationalistic wars have been stopped, famine is long gone and health care is almost universally available.

Still, the elite intellectual portion of the earth's population plot to remove the heavy heel of the oppressors from their necks and let earth be free again. But time and again the attempts for freedom have been crushed the Valgolians mainly because national, ethnic, religious and racial predjudices and hatred among the earthlings keep the conspirators from working together.

Obviously, no conqueror wants his subjects to revolt against his rule. Obviously? This one would go to any lengths to start a rebellion!