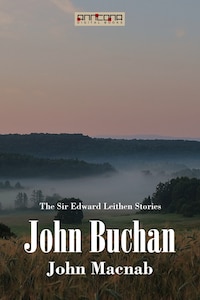 John Macnab is a novel by John Buchan, published in 1925.

Three successful but bored friends in their mid-forties decide to turn to poaching. They are Sir Edward Leithen, lawyer, Tory Member of Parliament (MP), and ex-Attorney General; John Palliser-Yeates, banker and sportsman; and Charles, Earl of Lamancha, former adventurer and present Tory Cabinet Minister. Under the collective name of 'John Macnab', they set up in the Highland home of Sir Archie Roylance, a disabled war hero who wishes to be a Conservative MP.

They issue a challenge to three of Roylance’s neighbours: first the Radens, who are an old-established family, about to die out; next, the Bandicotts: an American archaeologist and his son, who are renting a grand estate for the summer; and lastly the Claybodys, vulgar, bekilted nouveaux riches. These neighbours are forewarned that 'John Macnab' will poach a salmon or a stag from their land and return it to them undetected.