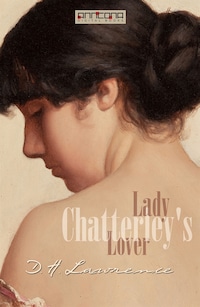 Lady Chatterley's Lover is a novel by D. H. Lawrence, first published in 1928. The first edition was printed privately in Florence, Italy, with assistance from Pino Orioli; an unexpurgated edition could not be published openly in the United Kingdom until 1960. The book soon became notorious for its story of the physical (and emotional) relationship between a working-class man and an upper-class woman, its explicit descriptions of sex, and its use of then-unprintable words.

The story is said to have originated from events in Lawrence's own unhappy domestic life, and he took inspiration for the settings of the book from Eastwood, Nottinghamshire, where he grew up. According to some critics, the fling of Lady Ottoline Morrell with ”Tiger”, a young stonemason who came to carve plinths for her garden statues, also influenced the story. Lawrence at one time considered calling the novel Tenderness and made significant alterations to the text and story in the process of its composition. It has been published in three versions.

In the United States, the free publication of Lady Chatterley's Lover was a significant event in the ”sexual revolution”. At the time, the book was a topic of widespread discussion and a byword of sorts. In 1965, Tom Lehrer recorded a satirical song entitled ”Smut”, in which the speaker in the song lyrics cheerfully acknowledges his enjoyment of such material; ”Who needs a hobby like tennis or philately? - I've got a hobby: rereading Lady Chatterley.”