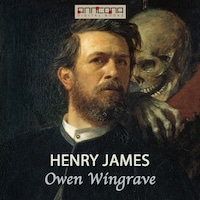 Owen Wingrave is a novella by Henry James, first published in The Graphic in 1892

A young man of good family with a long distinguished military tradition indicates that he will not follow his ancestors' path into the army. Dire results ensue.

Owen Wingrave is often included among Henry James’s ghost stories, even though it reveals more of history, atmosphere and psychology in the Wingrave family.

Benjamin Britten in 1970 wrote an opera based on this story.