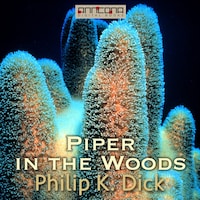 Piper in the Woods

Piper in the Woods is a science fiction short story by Philip K. Dick, first published in 1953.

Earth maintained an important garrison on Asteroid Y-3. Now suddenly it was imperiled with a biological impossibility—men becoming plants!

Henry Harris, a military psychologist at a garrison on Earth is puzzled by a case of a soldier who returns from the asteroid Y-3, and claims that he's a plant. When several more men return from Y-3, each thinking they're a plant, Harris travels to the asteroid to solve the puzzle.
Piper in the Woods was first published in Imagination: Stories of Science and Fantasy February 1953.