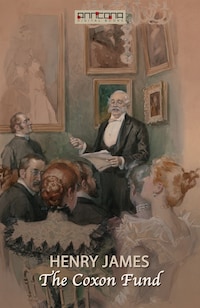 The Coxon Fund is an 1894 short story by Henry James.

This novella explores the relationship between Frank Saltram, a charismatic speaker who is also a freeloader; Ruth Anvoy, a young American who visits her widowed aunt, Lady Coxon, an American who married a Brit; and George Gravener, a British intellectual with a future in politics who becomes engaged to Ms. Anvoy.

The story revolves around the dispersal of The Coxon Fund, a sum of money left by Ms. Anvoy’s father with the stipulation that is be given to a great man to publish and pursue moral truth.