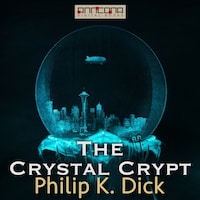 The Crystal Crypt is a science fiction short story by Philip K. Dick, first published in 1954.

In the Crystal Crypt, taken from the 1954 Planet Stories, the war between Mars and Terra is about to erupt and earth has only merchants and salesmen to fight; can they carry out their mission?

Stark terror ruled the Inner-Flight ship on that last Mars-Terra run. For the black-clad Leiters were on the prowl ... and the grim red planet was not far behind.

The Crystal Crypt was first published in Planet Stories January 1954.