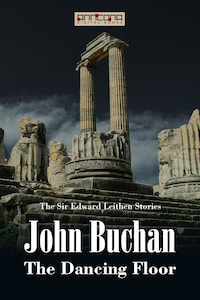 The Dancing Floor is a 1926 novel by John Buchan featuring Edward Leithen. It is the third of five novels written about the character of Leithen.

Edward Leithen is an eminent lawyer who is introduced to the young and handsome Vernon Milburne. By chance, Leithen meets Milburne once again and they become close friends. Milburne divulges that since childhood he has had a recurring dream in which an impending and unknown threat approaches year by year. The year in which the threat is due to occur, the two friends find themselves on the Greek island of Plakos where they must save the beautiful Koré Arabin from the superstitious islanders who blame Kore for every mishap and natural disaster. Sir Edward Leithen and Vernon Milburne must save her before the islanders sacrifice her as a witch in the sacred ground called The Dancing Floor...

Mary Butts in a 1933 essay described The Dancing Floor as ”one of the first novels to owe its origin to The Golden Bough”, a wide-ranging, comparative study of mythology and religion, written by the Scottish anthropologist Sir James George Frazer (1854–1941), first published in 1890.