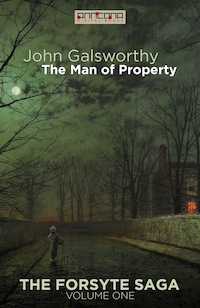 The Man of Property

The Man of Property, first published 1906, is the first novel in the trilogy The Forsyte Saga, a series of three novels and two interludes published between 1906 and 1921 by Nobel Prize-winning English author John Galsworthy. In 2003, The Forsyte Saga was listed on the BBC's The Big Read poll of the UK's ”best-loved novel”.

Also included in this edition is Indian Summer of a Forsyte, the first interlude in The Forsyte Saga.

After the first trilogy The Forsyte Saga, Galsworthy wrote two additional sequels (also each a trilogy); Modern Comedy and End of the Chapter, which form what is commonly referred to as The Forsyte Cronicles.