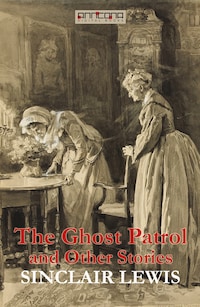 The Ghost Patrol and Other Stories

The Ghost Patrol and Other Stories is a collection of novellas and short stories written by Sinclair Lewis, and published between 1917 and 1919.

In 1930, he became the first writer from the United States to receive the Nobel Prize in Literature, which was awarded "for his vigorous and graphic art of description and his ability to create, with wit and humor, new types of characters."