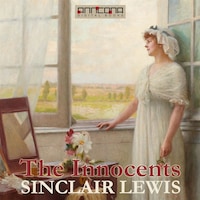 The Innocents, A Story for Lovers by Sinclair Lewis was first published in 1917.

“Mr. and Mrs. Seth Appleby were almost old. They called each other 'Father' and 'Mother.' But frequently they were guilty of holding hands, or of cuddling together in corners, and Father was a person of stubborn youthfulness.”

It is only by subterfuge that Seth is able every year to obtain his two week's vacation from the shoe store, and they are off to the farm-house of Uncle Joe Tubbs on Cape Cod.

But this year the vacation turns into a full blown scheme to open a country tea room somewhere on Cape Cod, and their life suddenly begins to change. . . .