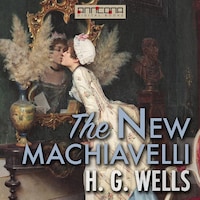 Because its plot notoriously derived from Wells's affair with Amber Reeves and satirized Beatrice and Sidney Webb, it was ”the literary scandal of its day.”

The novel tells of a political idealist who changes his colours and engages in a sexual adventure. The novel's principal themes are politics and sex, both abiding preoccupations of the author. Biographer David Smith called The New Machiavelli ”Wells's most autobiographical novel.

The novel has had many prestigious admirers. Joseph Conrad called it a ”master-work,” Upton Sinclair considered it Wells's masterpiece, and D.H. Lawrence called it ”awfully interesting.”