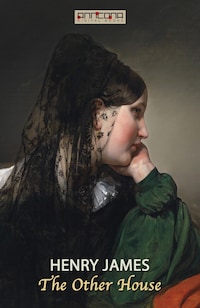 The Other House is a novel by Henry James, first published as a serial in the Illustrated London News in 1896 and then as a book later the same year.

Set in England, this book is something of an oddity in the James canon for its plot revolving around a murder.

Julia Bream dies after giving birth to her only child, a daughter named Effie. Julia had a horrible stepmother, so she extracts a promise from her husband Tony never to marry again as long as Effie is alive…

Many have speculated that this strange tale of murder and a cover-up was influenced by Ibsen's grimmer plays. There may be something to this idea, because in the 1890s James came to appreciate Ibsen as his plays became known in England.

James seems to have liked the way he dramatized his material in The Other House. In his Notebooks he plans a section of his novel The Ivory Tower ”after the manner in which the first book is a prologue in The Other House. Oh, blest Other House, which gives me thus at every step a precedent, a divine little light to walk by...” But James did not include The Other House in the New York Edition of his fiction (1907–1909), one of the few later novels not to make the cut.