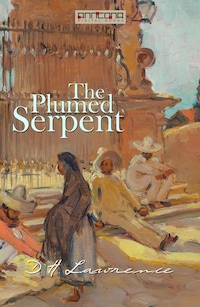 The Plumed Serpent is a novel by D. H. Lawrence, begun when the writer was living at what is now the D. H. Lawrence Ranch near Taos in U.S. state of New Mexico in 1924, accompanied by his wife Frieda and artist Dorothy Brett. It was first published in 1926. The original working title of an early draft was ”Quetzalcoatl”, a reference to the cult of the plumed serpent in Mexico.

The novel has a contemporary setting during the period of the Mexican Revolution. It opens with a group of tourists visiting a bullfight in Mexico City. One of them, Kate Leslie, departs in disgust and encounters Don Cipriano, a Mexican general. Later she meets his friend, an intellectual landowner Don Ramón, and travels to Sayula, a small town set on a lake. Ramón and Cipriano are leading a revival of a pre-Christian religion and Kate becomes drawn into their cult.