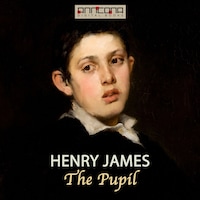 The Pupil is a short story by Henry James, first published in Longman's Magazine in 1891.

It is the emotional story of a precocious young boy growing up in a mendacious and dishonourable family. He befriends his tutor, who is the only adult in his life that he can trust. James presents their relationship with sympathy and insight, and the story reaches what some would consider the status of classical tragedy.

Pemberton, a young American with an Oxford education and out of money, takes a job tutoring Morgan Moreen, the 12-year old son of an American couple living in Europe in a style not quite matched by their income. Mr. and Mrs. Moreen's main purpose in life, it appears, is to win acceptance in the higher circles of French and Italian society, partly in the hope that Morgan's two elder sisters will be taken off their hands.

Morgan, who is highly intelligent, is also precocious and perceptive enough to come to understand his parents' ambitious aimlessness. Something of a crisis develops when the Moreens fail to make good on the salary they've promised Pemberton, and he leaves, needing a steady income. By then, however, the tutor has become sufficiently interested in and attached to his charge to be unwilling to leave Morgan for long, and comes back to join the family when Morgan's mother tells him the boy has fallen ill. There, however, he finds the family shipwreck that he has feared is now taking place, and he is in time to witness it.