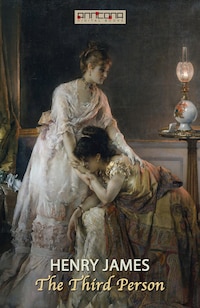 The Third Person is a short story by Henry James, first published and included in the collection The Soft Side, published in 1900.

The Third Person is an amusing spoof on spooking. The 'ghostly man about the house' in whom two increasingly competitive maiden ladies come to take a proprietary interest is as unlikely to inspire terror as the wraith in one of James's earliest tales.

The anticlimactic crisis may need a footnote for younger readers: a Tauchnitz was an unauthorized continental paperback edition of a british or american book which, purely for copyright reasons, was not supposed to be brought back to England. To think of this as smuggling certainly placed, for James's contemporaries, the crimes of the ghostly third person in a hilarious perspective.