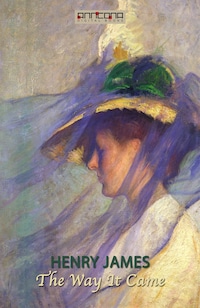 The Way It Came

The Way It Came is a short story published in 1896 in London by Henry James. The unnamed female narrator recounts her obsession with the mystical coincidence of two friends who seem destined to meet and who apparently do unite in spirit after death.

Best known under the title ”The Friends Of The Friends” and chosen under that title for his classic fantasy anthology ”Black Water” by Alberto Manguel as one of the best ghost stories ever written, this ”ghost” story (that is, if it is ”a ghost story”) is a profound psychological observation of a love transcending death - also a detailed exploration of the mind of the woman who would rather have her love right here in life.

Echoing ”The Turn Of The Screw” in its treatment of the supernatural as psychological, it turns the tables by making the supernatural consummately ”real” - at least in the mind of one who loves.

Calling the story's original title ”colourless”, James renamed it ”The Friends of the Friends” in 1909, revising it for inclusion in the New York Edition.