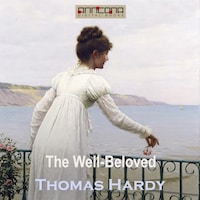 The Well-Beloved: A Sketch of a Temperament is a novel by Thomas Hardy, serialized in 1892, and published as a book in 1897.

The main setting of the novel, the Isle of Slingers, is based on the Isle of Portland in Dorset, southern England.

The Well-Beloved tells the story of sculptor Jocelyn Pierston and his love for three generations of women - the grandmother, her daughter and grand-daughter over a period of forty years. Pierston is seeking for perfection in his choice of lover and in doing so lets opportunities for happiness pass him by. However, at the end of his life, he finds some kind of contentment in compromise.