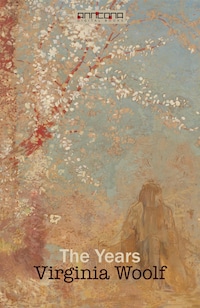 The Years is a 1937 novel by Virginia Woolf, the last she published in her lifetime. It traces the history of the genteel Pargiter family from the 1880s to the ”present day” of the mid-1930s.

Although spanning fifty years, the novel is not epic in scope, focusing instead on the small private details of the characters' lives. Except for the first, each section takes place on a single day of its titular year, and each year is defined by a particular moment in the cycle of seasons. At the beginning of each section, and sometimes as a transition within sections, Woolf describes the changing weather all over Britain, taking in both London and countryside as if in a bird's-eye view before focusing in on her characters.

Although these descriptions move across the whole of England in single paragraphs, Woolf only rarely and briefly broadens her view to the world outside Britain.