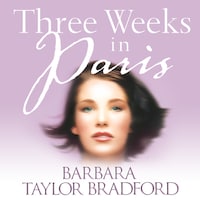 During three eventful weeks in Paris, four friends visit old haunts, rekindle ties, and awaken in each other the sense of wonder, adventure, and possibilities they had shared so long ago.

As students at the prestigious Anya Sedgwick School of Decorative Arts in Paris, Alexandra Gordon, Kay Lenox, Jessica Pierce and Maria Franconi share the challenges and excitement of developing their artistic talents to the fullest under Sedgwick's caring and demanding guidance. But once best friends, they part enemies, and after graduation they go their separate ways, pursuing careers and establishing lives in different corners of the world.
Alexandra, a set designer, becomes a leading figure in New York's theatre world. Kay, who marries and moves to Scotland, designs a successful line of clothing. Jessica, an interior designer, makes her home in California, while Maria returns to her native Italy, where she continues to work in her family's textile business.
For each of them, the arrival of an invitation to Paris to celebrate Anya Sedgwick's eighty-fifth birthday stirs up complicated feelings: nostalgic memories are coloured by poignant regrets and the reluctance to revisit their own pasts mixes with curiosity about the other women. It is ultimately their desire to deal with unfinished business that convinces all of them to attend the party. During three eventful weeks in Paris, they visit their old haunts, rekindle ties, and awaken in each other the sense of wonder, adventure, and possibilities they had shared so long ago.