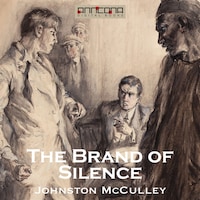 The Brand of Silence

The Brand of Silence - A Detective Story finds Sidney Prale returning to New York after ten years during which he sought his fortune. But he finds New York a very changed place, and even more distressing, he finds that his old friends are now turning their backs on him, his old haunts no longer welcome him, and there seems to be a conspiracy against him.

Why can't he receive service in hotels, restaurants, and theaters that he once frequented? Who is working against him? And just as importantly, why? And what is the meaning of the notes he receives which remind him of ”retribution”?