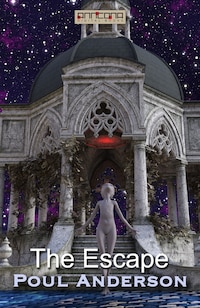 The Escape is a science fiction novella by Poul Anderson first published in 1953.

The effect of the Change was actually rather small—

turn a moron into a super-moron,

and give Earth a galaxy while its own system fell to pieces under it!

The Escape was first published in Space Science Fiction September 1953. Anderson later expanded this novella as part of the novel Brain Wave (1954).