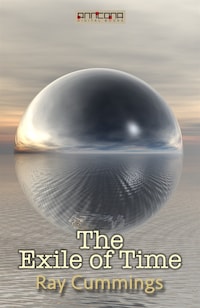 The Exile of Time

The Exile of Time is a science fiction novel by American author Ray Cummings first published in Astounding Stories in April, May, June & July 1931.

When a girl who said she had been kidnapped from the year 1777 appeared in modern New York, she was either deluded or the victim of an incredible time-spanning plot.

And when it turned out the strange man with a mechanical servant who had kidnapped her had been seen in other centuries, it became clear that a super-scientific plot was afoot that must reach far into the unknown cities of the future.

THE EXILE OF TIME is a novel of adventure and wonder such as only the hand of a classic master of science-fiction could have written.