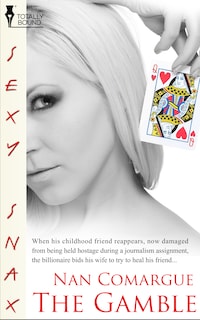 Cara and her billionaire husband Reeve Turner learn about each other—and love—when they bring his reporter friend Logan into their bed for a steamy ménage.

Cara and her husband, billionaire Reeve Turner, have been married for three years and Cara's been following all the rules laid down to her long ago by her elderly mother. She accompanies Reeve in his jet-setting lifestyle, including his current trip to Las Vegas, but she has never bonded with his spoilt rich friends or managed to think highly of the sexual conquests they continually brag about. Although her sex life with Reeve is active, she has never fallen in love with her husband. Love, at least, would make their empty marriage bearable.

In the middle of the hedonistic vacation, Reeve introduces her to his old college friend, an earnest man named Logan Winthrop who has become a serious journalist. Injured and taken hostage during his last assignment, Logan is shy and awkward, but he is also very attractive and with Reeve's guidance, he starts to recover emotionally from his ordeal.

Cara's nurturing instincts take over as she joins her husband in drawing out the troubled stranger. Seeing another side of Reeve awakens her feelings for him. But just as Logan seems to be on the edge of full recovery, Reeve asks her to guide Logan through a final assignment—a night with a woman. And that woman is to be her!