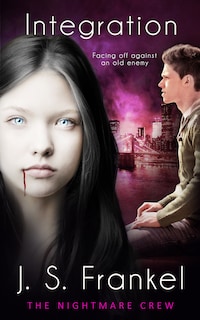 Facing off against an old enemy isn’t without repercussions. Paul and the Nightmare Crew take on not only their most dangerous adversary but also the establishment.

Paul Wiseman and the rest of the Nightmare Crew attempt to fit into society as best they can. It isn’t easy if you’re a werewolf, a vampire or if you’re a being made of water or sand.

Along with failed efforts at integration comes the news that Andres Peterson, founder of Rallan, Inc.—the company that created the original Nightmare Crew—is still at large.

Peterson is now a mutant, irretrievably evil, and he is also quite clever. With his genius, he sets about making a virtually limitless army of scientific horrors, and they begin to unleash terror on the populace.

It’s up to Paul and the rest of the crew to stop him. Along the way, they are joined by a young girl, who has powers of her own, and a group of Army Rangers.

Catching Peterson is harder than any of them could ever have imagined, though, and the Nightmare Crew ends up being the prey instead of the predator. It becomes a matter of who is willing to fight hardest. But winning isn’t the only goal Paul has in mind.