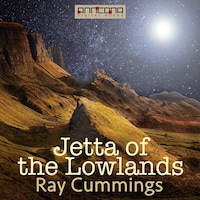 Jetta of the Lowlands

Jetta of the Lowlands is a science fiction novel by American author Ray Cummings.

In the year 2020 the oceans have drained from the surface of the earth, leaving the one-time sea floor bared to sun and wind.

It is deadly hot, down in the depth of the great Lowland areas, and it is only adventurers and outcasts of human kind who can endure life in what few habital places left.

Fantastic and sinister are the Lowlands into which Philip Grant descends on his dangerous assignment.

Jetta of the Lowlands was first published in Astounding Stories of Super-Science in September, October and November, 1930.