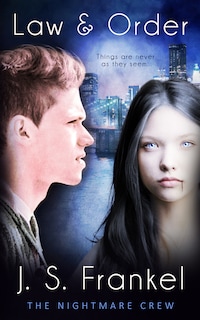 The Nightmare Crew is on the hunt for their evil genius creator, but they find trouble that could spell the end of them all.

Paul Wiseman and his crew return to battle their greatest opponents yet—versions of themselves.

Paul has been transformed into a werewolf, and along with his girlfriend and the rest of the crew—a vampire, a sentient water being and a resurrected zombie—he moves out to the west coast to set up shop in the Sierra Madre mountain area in order to fight crime.

They also seek more information on Andres Peterson, a ruthless and clever industrialist scientist, whose company made them.

Peterson has fashioned his own version of the crew, but their methods of fighting crime are heavy-handed, cruel and unjust.

Things are never as they seem, and it will take a death and a winner-takes-all fight to settle it. Will evil triumph?