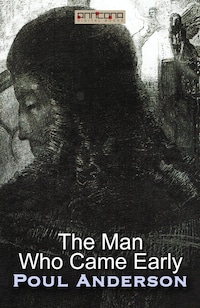 The Man Who Came Early

The Man Who Came Early is a science fiction short story by Poul Anderson first published in 1957.

Anderson takes us to Iceland near the end of the tenth century and convincingly depicts a truly ”alien” way of life and teaches us the tragic truth that the role of a twentieth-century timetraveler to a ”primitive” culture need not necessarily be that of Prometheus the Fire-Bringer.

Similar in some respects to Mark Twain's A Connecticut Yankee in King Arthur's Court, the story is in fact its antithesis; Anderson sharply differs from Twain in his treatment of the ”primitive” society in which the time traveller finds himself, and his assessment of a modern person's chances of survival in such a society.

How rarely science-fiction writers succeed in creating a wholly alien culture may be judged from any adequate study of an earthly culture of a time or place which does not form part of our direct heritage.

The Man Who Came Early was first published in the June 1956 issue of The Magazine of Fantasy and Science Fiction. It was reprinted in The Best from Fantasy and Science Fiction, Sixth Series and the Anderson collection The Horn of Time. In the 2010 collection Fragile and Distant Suns, this story is included under the name Early Rise, a likely reference to the Hávamál poem.