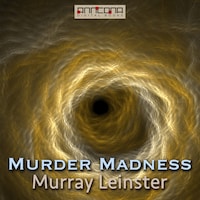 Murder Madness is a science fiction novel by Murray Leinster first published in 1930.

Another had been found a screaming, homicidal maniac, whose fingers writhed like snakes.

So Bell, of the secret ”Trade,” plunges into South America after The Master--the mighty, unknown octopus of power whose diabolical poison threatens a continent!