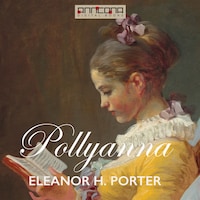 Pollyanna is a best-selling 1913 novel by Eleanor H. Porter that is now considered a classic of children's literature, with the title character's name becoming a popular term for someone with the same very optimistic outlook. Also, the subconscious bias towards the positive is often described as the Pollyanna principle.

Pollyanna tells the story of Pollyanna Whittier, a young girl who goes to live with her wealthy Aunt Polly after her father's death. Pollyanna's philosophy of life centers around what she calls ”The Glad Game”: she always tries to find something to be glad about in every situation, and to always do without delay whatever she thinks is right. With this philosophy, and her own sunny personality, she brings so much gladness to her aunt's dispirited New England town that she transforms it into a pleasant, healthy place to live. Eventually, however, even Pollyanna's robust optimism is put to the test when she loses the use of her legs in an accident.

The book was such a success that Porter soon produced a sequel, Pollyanna Grows Up (1915). Eleven more Pollyanna sequels, known as ”Glad Books”, were later published, most of them written by Elizabeth Borton or Harriet Lummis Smith.

Pollyanna has been adapted for film several times. Some of the best known are Disney's 1960 version starring child actress Hayley Mills, who won a special Oscar for the role, and the 1920 version starring Mary Pickford.

Eleanor H, Porter (1868-1920) was an American novelist. Porter wrote mainly children's literature, adventure stories, and romance fiction. Her most famous novel is Pollyanna (1913), followed by a sequel, Pollyanna Grows Up (1915).