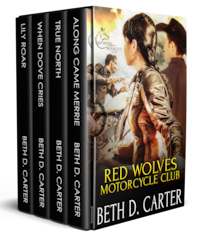 Merrie stumbles into a bad situation, forcing an outlaw motorcycle gang to ‘deal’ with her, but her escape leads her into the arms of two incredible men who change her life forever.

Merrie Walden is in the wrong place at the wrong time. When she sees something she shouldn’t, she’s attacked by a vicious outlaw biker bent on shutting her up—permanently. She escapes him by jumping out of a moving car. Luckily, horse rancher Braden McClintock finds her and takes her for medical attention to his adopted brother, Leo Cloud Dancer.

As she heals in the men’s home, Merrie realizes that she’s falling for both men. Braden is taciturn, while Leo is outgoing—both reaching a deep-seated need in Merrie that she never knew she had.

However, the outlaw biker has discovered her hideout and even if she doesn’t know what she witnessed, he sure as hell does—and he wants her silenced. Will Merrie have a chance to have a happily ever after with Braden and Leo?

Allison is running from her past when she’s kidnapped and left for dead. North and Givon are friends on opposite sides of the law but can they work together to save her—or will she save them instead?

North Tabion and Givon Halloran have been friends their entire lives. Each has survived an abusive father only to end up on opposite sides of the law as adults. Givon is the town sheriff while North is the leader of the Red Wolves, an outlaw motorcycle club. However, they’ve managed to maintain a friendship that means everything to them.

Allison Evening is on the run. Hiding out from an ex bent on vengeance, she’s tending bar when she’s kidnapped into a human trafficking ring. In a desperate attempt to free herself, she runs, only to be shot down and left for dead.

North and Givon are in the right place at the right time. They save Allison and, as they nurse her back to health, the three find a bright, burning love. But when her past catches up with her, the only way to save herself and her newfound love is if she, North and Givon can follow love’s true path.

Can two men, who don’t trust each other, protect a woman they both care for?

John Draven is vice president of the Red Wolves Motorcycle Club. While on a special run, he meets FBI Agent Cadence Vanaker again. Cade is the man who killed his cousin five years ago and the person he hates more than anyone. Now John is forced to work with him to take down a human trafficking ring operating in John’s hometown.

Cade wants more than anything to tell Draven he wasn’t the one who really killed his cousin, but he can’t reveal the truth and has to live with Draven’s hate as a result. When the two men find a woman half-dead and bound with zip ties, they both feel a need to protect her—and the need to be her only man.

Dove Aldrin is a sensitive young woman who was abducted and held prisoner. When she escapes, she falls into the path of two men determined to help her and to find the man responsible for treating her so cruelly. What she didn’t count on was falling for both John and Cade. How can she pick one over the other, especially when the two men despise each other?

Lily is the link to ending the human trafficking ring. Now Branch and Charlie must do all they can to protect her.

Lily has almost given up believing she can escape from the clutches of the Master, the man who holds her as a sex slave in his mansion of degradation. When she has the opportunity to flee, she races into the night with a crippling fear that she could be captured.

Branch Barrigan, the enforcer of the Red Wolves Motorcycle Club, and Deputy Charlie Earenflight might be on opposite sides of the law, but they don’t hesitate to punish those who hurt women. Branch and Charlie make a pact to hunt down the head of the human trafficking organization. When they find Lily, they are unaware she’s the link they’ve been searching for.

The two men do all they can to protect her. In the process, they come to love her quiet strength. But Lily needs to learn to roar if she’s to survive the pain of her past and confront the evil that can rob her of a future.