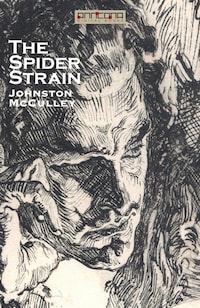 The Spider Strain, is a novella by Johnston McCulley, was originally published in 1919 edition of the pulp periodical Detective Story Magazine.

The Spider was another villain that McCulley created. He was injured as a youth and confined to a wheelchair, but he uses his intellect to be a criminal mastermind and oversees a complex network of organized crime.

John Warwick, in addition to being one of the criminal kingpin’s most trusted agents, is also romancing The Spider’s niece, Silvia. When Warwick decides to give up his life of crime, settle down, and marry his sweetheart, he must first ask for the boss’s blessing. The Spider informs him that he can have his freedom once he performs two final missions. The first is to steal a mysterious locket from the neck of a wealthy socialite. Warwick finds this task easier said than done...

If you are in the mood for some classic pulp fiction, The Spider Strain is a light, entertaining read that will sufficiently satisfy your craving.