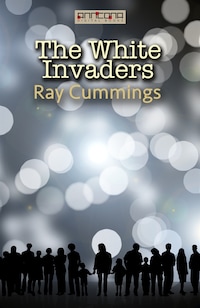 The White Invaders is a science fiction novella by American author Ray Cummings first published in Astounding Stories in December 1931.

Out of their unknown fourth dimensional realm materializes a horde of White Invaders with power invincible.

When a young boy tells Don that he's seen a ghost, Don only laughs. There's no such thing as ghosts, and the little boy probably saw a reflection. But to prove the boy wrong, Don and his friend go to the hill where the boy says that the ghost floated towards him and through a rock.

Don, however, brings his shotgun just in case - after all, it could've been a wild animal of some kind. And when they discover that it wasn't a ghost at all, but something altogether weirder, they must defend themselves from the onslaught of these White Invaders - or face annihilation of everyone they've ever known!