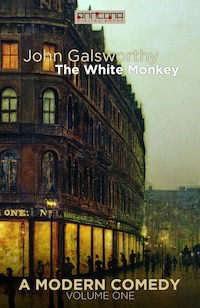 A Modern Comedy  comprises a novel, The White Monkey, an interlude, A Silent Wooing, a second novel, The Silver Spoon, a second interlude, Passers By, and a third novel Swan Song. The principal characters are Soames and Fleur.

Also included in this edition is A Silent Woing, the first interlude in A Modern Comedy.