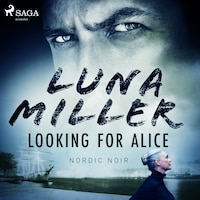 7h 53m
NarratorNano Nagle
TypeAudiobook
SeriesGunvor Ström Series (part 1)
Categories
CrimeThrillersPsychological ThrillersCrime Novels
Share this book
Gunvor Ström may be in her sixties, her hands might be too shaky to perform operations and her body complains every time she works out. But her mind is as sharp as her scalpel. After her divorce, she moved from a nice villa in an affluent area to an apartment in the shady suburb of Fruängen. She’s smart, experienced and innocent-looking – all qualities appreciated by a detective agency. As the agency’s rookie, she is assigned a surveillance job. A straightforward case, they say. A wife suspects infidelity. Just track the husband.
But when the husband is attacked and viciously beaten, his wife calls off the assignment. Too late. Gunvor is on the trail. The agency isn’t paying her, but her free time is her own business.
By coincidence, Gunvor finds herself with two unlikely allies. David, a young, jobless waster who hangs about Fruängen tube station. Nineteen-year-old Elin is shy and introverted, after spending too long in her bedroom hiding from her parents’ fights.
The pair join forces with Gunvor. Who’s going to notice two young people and an elderly lady slinking around the Stockholm streets? Only someone who’s watching their every move, biding his time, waiting to pounce. Curiosity can be deadly.
A story of violence, madness, passion and bravery. A cat-and-mouse game of life and death. 'Looking for Alice' is a Gunvor Ström Novel. Swedish author Luna Miller (pseudonym) specializes in Nordic Noir and is the writer of the international bestseller 'Three Days in September', and is one of the authors of the international anthology 'Love Unboxed 2'. In mid-life, after experiencing life and adventure throughout Europe, India, China, Pakistan, Iran, Thailand and a host of other countries, with her studies, children and work, Luna found quality time to write her debut novel 'Three Days in September' followed by 'Den som ger sig in I leken' - the original Swedish precursor of 'Looking for Alice'. Luna Miller was born in Sundsvall, Sweden 1962.