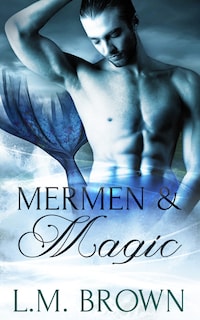 Mermen and Magic: Part One: A Box Set

1 - Forbidden Waters For the dying race of mer people, homosexual relationships are prohibited. When Kyle falls for Prince Finn he knows he is navigating forbidden waters.

2 - Tempestuous Tides Bound by a curse, two mermen find the greatest love of their lives, but can they keep it?

3 - Dangerous Waves A blind merman fleeing the sunken city of Atlantis is torn between the family he left behind and the love he swims toward.

Centuries ago the city of Atlantis sank below the waves, lost to the world above forever. With the help of their gods and the indigenous mer people the Atlanteans survived on the floor of the ocean for many years, until the day they vanished.

Now the sunken city of Atlantis is home to the largest colony of mer people left in the world. Hidden from all by the magical sea dragons they only venture up on land to mate.

Cursed by an Atlantean goddess, the mer people are slowly becoming extinct. Believing they are safe in the sunken city, they have no idea one of their own is inadvertently waking the sleeping gods and the original inhabitants of their city are merely biding their time until they can reclaim their land once more.