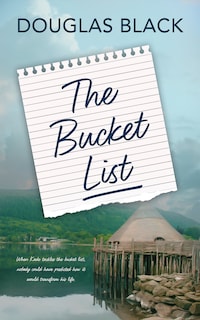 When Kade tackles the bucket list his friends created for him after he’s been dumped, nobody could have predicted how it would transform his life.

When Kade Doherty’s long-term partner walks out on him, he expects sympathy from his friends. Instead, fearing Kade’s life has been stagnating, his friends make him a bucket list. Kade isn’t convinced a list of outlandish leisure pursuits—some of which he’s never even heard of—is going to do much good, but to keep the peace, he decides to play along.

Unbeknownst to Kade or his friends, doing so sets Kade on a collision course with Blake. Blake may not have directly featured on Kade’s bucket list, but his Australian accent and surfer-boy looks have featured in enough of Kade’s sexual fantasies over the years to convince Kade to keep following this new, unpredictable path.

To Kade’s surprise and delight, it is a path that brings him a taste of happiness he didn’t know he was missing—a taste that threatens to be stolen from him when his ex makes an unwelcome return to the scene. Kade might have been having the time of his life with Blake, but he hasn’t been completely honest about his recently ended relationship or the origins of his bucket list.

Will Kade be able to convince him to stick around when Blake learns the truth?