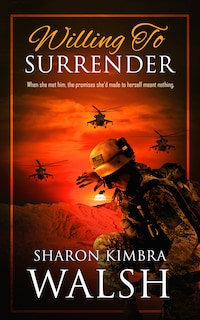 She’d given her heart once before. Never again…or so she thought. Then she met him and the promises she’d made to herself meant nothing.

Specialist Annie McKendrick is a medic deployed to Iraq for Operation Iraqi Freedom. She just wants to stay alive and go home to her son. The last thing she wants is a man.

Master Sergeant O’Rourke is a career US Marine and team leader of Delta Team. Rumor has it that he’s not interested in women. Then he meets Specialist Annie McKendrick and recognizes her. She’s the girl he’s been crazy about since high school.

Annie finds the sexy marine familiar and doesn’t know why. What she does know is that the attraction she has for him is going to go no further. She’s got a job to do and she’s going to do it. She’s not going to let Master Sergeant O’Rourke get under her skin, but their first meeting leads to a second, her defenses begin to crumble and she discovers that denying herself is no easy thing.

Shay’s buried emotions for the girl who has grown into a beautiful woman start to thaw his icy façade, and he realizes he’s begun to concentrate on something other than his military career.

War is declared and the Operation Iraqi Freedom invasion begins. In war, people will be hurt and some will die. Lives will be changed forever. Will Annie and Shay survive? Can Annie surrender her heart to have a second chance at love? Will Shay have the woman he wants?