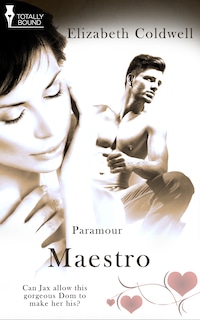 She admires his dominance on stage, but does Jax have the courage to let this gorgeous young opera singer dominate her in the bedroom?

Opera is Jaclyn ‘Jax’ Wiltshire’s great passion, and she loves her job as chief costume designer for the prestigious London Opera Company. However, at 40 she’s still single, and she can’t help but envy her best friend Helen’s happy home life with her husband and children. Jaclyn’s world is turned on its head when world-renowned tenor Kieran Vale arrives at the opera house. The company’s artistic director sees the chance to stage a production he hopes will be talked about for years, with a scene that requires Kieran to strip naked on stage.

The handsome, demanding Kieran is very comfortable in his own skin, and when Jax begins to fit him for costumes, she realises what a great body he has, and how attracted she is to him. Kieran enjoys flirting with her. Their teasing develops into something more intimate as she begins to realise he has a distinctly dominant side. But she can’t really believe that a man eleven years her junior could be seriously interested in her?

Kieran makes it clear to Jax he needs a woman who will submit to him. With a fiery leading lady who has the hots for Kieran waiting in the wings, can Jax find the courage to let her guard down and allow this gorgeous Dom to make her his?