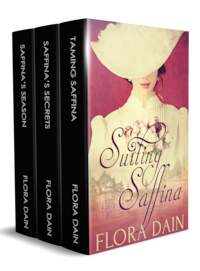 When an heiress runs wild, her stern guardian comes back from abroad to take the whip hand...

A willful heiress is taken in hand when her guardian, the disgraced Earl of Endale, returns from abroad to find her a husband and launch her into society. With a reputation as dark as his allure, she finds his discipline both exotic and exciting. To her delight, his instruction includes strict and detailed attention to pleasure. She’s fiercely attracted, but when he probes her past, she soon vows to resist. Her heart lies elsewhere, and she means to marry handsome Sir Nigel, her clean-living neighbor and friend. But to her dismay, she finds Sir Nigel has doubts. He suspects her untamed sexuality is due to the Earl’s evil influence. Concerned for her safety and her status, Sir Nigel insists she must be tamed and warns she risks losing both his love and her place in society. He attempts a bold rescue, but now she must choose—respectability or a life of delicious sin?

He’d taken her in hand, now her guardian takes his ward abroad to find her a suitor. But unknown to him, she’s already found one…

When Saffina’s stern guardian takes her to France, his aim is to find her a suitor. Hers is simply to enjoy his strict instruction in the arts of pleasure for as long as she can. Aware she’s unlikely to lure a sophisticate like him, she vows to keep her feelings for him a secret. But at the magnificent château they first visit, nothing is what it seems. A sober young man who takes her fancy has a hidden agenda. Her hosts are famed libertines. Her guardian’s rakish past sends him urgently to Paris, and she learns the château is haunted. Worse, her hated former governess, now her maid, ties her to the bedposts at night to assist her ‘training’—but the real reason is to amuse a mystery night visitor. Saffina relishes the nightly amusement while awaiting her guardian’s return. Then she learns he’s in mortal danger…

When he treats her to her first London Season, she looks set to shine. But the more she sparkles, the more he despairs.

Now happily married with a baby son, Jacquard treats Saffina to her first London Season. He’s keen to show off his new countess, and she means to enjoy it to the fullest. She flirts outrageously, sees off catty remarks from jealous rivals with smart retorts and generally has a terrific time.

But when she’s waylaid by footpads one night in the backstreets of Chelsea, she’s unexpectedly rescued by a struggling artist. Inspired, she commissions a raunchy portrait for Jacquard’s birthday. As she struggles to keep it a secret, Jacquard grows moody. Soon he suspects an affair and thrillingly, steps up her discipline by giving her a taste of leather.

But at the Carlton House ball, when the prince reveals his new mistress, both she and Jacquard get a shock. He storms out, enraged.

Has she gone too far? Will she lose her husband, her good name and her son?