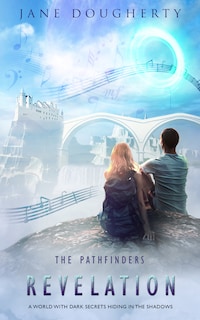 Wormwood has fallen, but the journey isn’t over for Carla and Tully. Erelah the Messenger leads them onward to Paradisio, where they hope they will find their real home. The Grigori recognize Tully as Israfel, and he takes to his new role of guardian of music like a duck to water, but Carla’s impressions are of a world with dark secrets hiding in the shadows.

Tully seems absorbed in his music and whenever he comes up for air, Erelah—with her neat little wings—is waiting. Carla finds consolation with Nathaniel, a Warrior who is a hunk and knows it. But she is playing with fire. Nat wants her—and what Nat wants, he takes.

As if her personal problems weren’t enough, Carla begins to piece together the mad plan that Nisroc, the Yazata of Paradisio, has lined up for the other worlds. And Tully—who has been promised a starring role—seems keen to play along with the lunatic scheme.

Carla finds herself caught up in a revolution, to stop Nisroc and the one who is creating his weapon of mass destruction—Tully.