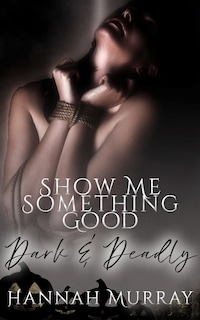 Show Me Something Good

A Dark and Deadly story

Kit Howard loves everything about her job except for one: Nathaniel Saint. Her boss’s grumpy, grouchy twin brother and co-owner of the company is both a thorn in her side and fodder for her fantasies. She does her best to stay out of his way—having a crush on the boss is the reason why the previous executive assistant left, and while that worked out okay for her, Kathleen isn’t willing to risk her job for sex, no matter how good it might be.

Including, apparently, the grumpy, grouchy Nathaniel Saint. Because he just walked in the door, and he’s headed straight for her.