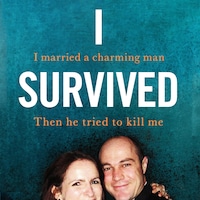 A chilling, eye-opening story of marriage and attempted murder, revealing the truth about a case that made headlines around the world.

On Easter Sunday 2015, experienced skydiver Victoria Cilliers undertook a parachute jump, a gift from her husband, British army sergeant Emile Cilliers. Her parachutes failed to open and she plummeted 4,000 feet to the ground, sustaining life-threatening injuries. Miraculously, she survived. Then the police arrived at her door. Someone had tampered with her parachute and they suspected Emile.

In I Survived Victoria describes how she fell for Emile, and how the charming man she thought she knew gradually revealed a darker side, chipping away at her self-worth until she found it impossible to sift truth from lies. Can she really believe that her husband – the father of their two young children – tried to kill her? As more shocking revelations come to light, and she has to face his trial and relentless media scrutiny, she struggles to come to terms with the past. Even a guilty verdict does not free her because Emile is not ready to let her go . . .

Powerful and honest, I Survived is the story of a woman who was put through hell and yet found the strength to forge a new life for herself and her children.