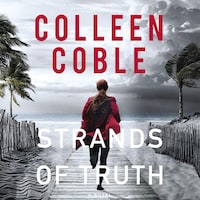 With the help of a DNA test, Harper Taylor has finally located the family she’s always longed for—but has it also put her in the crosshairs of a killer? Suspense, romance, and secrets meld in this engrossing novel from USA TODAY bestselling author Colleen Coble.

Harper Taylor is used to being alone—after all, she grew up in one foster home after another. Oliver Jackson finally took her under his wing when she was a runaway teenager, and now Harper pours her marine biology knowledge into Oliver’s research as his business partner. But she’s never stopped wishing for a family of her own.

When a DNA test reveals a half sister living just two hours away, Harper is shocked. She meets with Annabelle, whose story is strikingly similar to her own. Is it just a coincidence that both of their mothers died tragically, without revealing their father’s name?

When Harper’s business partner is attacked, his son Ridge steps in to help. Ridge still sees Harper as a troubled teen even all these years later, but he soon finds himself working with her to uncover dangerous secrets that threaten to destroy them all. Ridge and Harper must unravel her past before they can have any hope for the future.

Harper’s childhood is resurfacing—but will the truth save her or pull her under?

Praise for Strands of Truth:

“Colleen Coble's latest book, Strands of Truth, grips you on page one with a heart-pounding opening and doesn't let go until the last satisfying word. I love her skill in pulling the reader in with believable, likable characters, interesting locations, and a mystery just waiting to be untangled. Highly recommended.”—Carrie Stuart Parks, bestselling author of Relative Silence

Stand-alone romantic suspenseBook length: approximately 95,000 wordsAlso by Colleen Coble: One Little Lie, The View from Rainshadow Bay, The Inn at Ocean’s Edge, and Without a Trace